The critical importance of threshold space 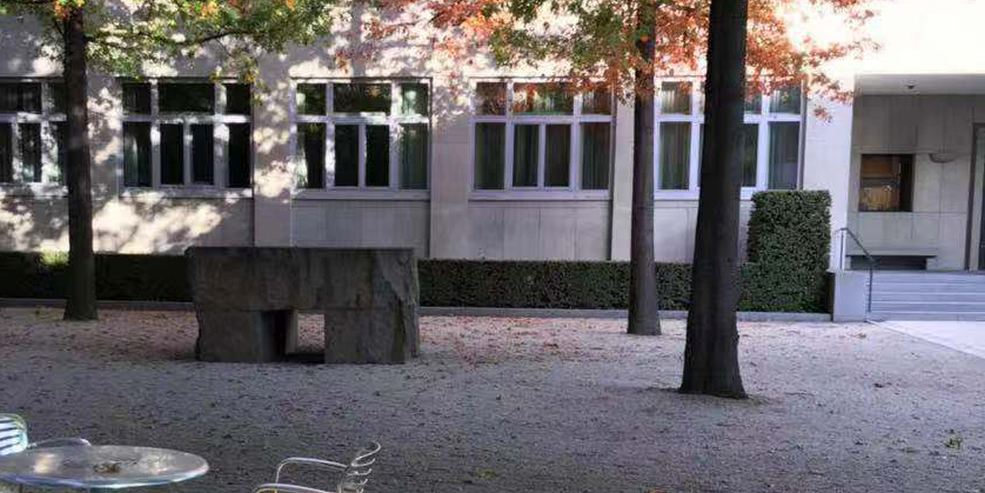 In design, threshold space, also known as liminal space, plays a crucial, though enigmatic role. We encounter liminal space daily yet are rarely aware of the importance of the dynamics at play.

Liminality is what we experience when we transition from one environment, or state of being, to another. These states are often distinct, but can be of indeterminate, often unsettling duration, as we move away from a known circumstance or purpose, to something indeterminate, often losing sight of the shore.

Liminality can be experienced both at the individual level, or as a member of a group, and can arise either spatially or purely in the mind’s eye. At a personal level, for instance, it can be how we feel when confronted by tragic news or unexpected change. In the recent weeks, for instance, in the midst of the pandemic, much of the world has been delivered into a state of "communitas"; a state where persons experience liminality as a group. " ...and everyone felt that the world and perhaps the universe had passed from the control of known gods or forces to that of gods or forces which were unknown"… to borrow from the words of H.P. Lovecraft written at the time of the Spanish flu.

So, what is liminality in design? Much of what we experience as spatial liminality is of the banal variety - stairways and lifts, hotel corridors and doctors’ waiting rooms. Though, these serve a functional purpose they tend to offer little in terms of enrichment. At its best, and where such experiences are designed for purpose, liminality can evoke a more fulsome, or holistic sense of ourselves and relationship to the world. For example, if you have visited a European Cathedral, an Eastern Orthodox church, or Buddhist temple, you will have experienced purposely masterful spatial liminality. These vaulted structures, icons, candles, chanting, and incense are all designed to take us as far out of this world as possible and to connect us with worlds and spirits outside of our own. Our religious and spiritual leaders constantly invite us to contemplate the world beyond and often make use of every available device to do it.

Experience of positive liminal space can also be deeply personal and often arbitrary. My most vivid memories of liminality were experienced as a child in times of travel waiting for hours at coach interchange terminals in the early hours of the morning. It was times like this where I was free to attend to my senses in a way that was truly unselfconscious. Unfamiliar sights, enigmatic fellow travellers, every coach that burst to life and rumbled on its way was not only heard, but experienced through vibrations of the skin, leaving behind it fumes gently wafting through the cold crisp air.

Importantly, from a design point of view, physical liminal spaces can be crafted to serve, and heighten our self-awareness, in ways that can add richness to our lives. This is important, because suspending strong, entrenched beliefs and modifying our environments are two of the most effective tools humans have for facilitating creativity.

At the current time, as we all experience a state of lockdown and with so many of us working from home, it is more important than ever to pay attention to the spiritual aspects of our environment and their impact on our state of mind and sense of self. We may not be able to visit the grand cathedrals of Europe or Temples of Asia, but in our homes or work spaces we can act to address the very same issues these grand structures were purposed for. The power of scale inherent in these structures is generally inaccessible to us, however we can always access the power of personal meaning. We only need to look at the Shinto tradition to observe that its devotees have accorded their miniature Honden (home of the rice spirits) with equal spirituality to that of their most magnificent Shinto shrines.

Build your own miniature Honden for your own Kami in a quiet nook in your own backyard. For the interior, consider how you and your visitors experience the entry of your home or office. What do you, and they, feel when transitioning through this space? What does it say about you? Your entry space can be made to communicate a meaningful statement of who you are, and your purpose,  via careful placement of images, lighting and artifacts; or perhaps create an indoor garden or art nook in an otherwise bland hallway of your premises. Think about the experience of these transitional spaces and the effect they have on the senses and state of mind. You may not enjoy incense, but there is a reason real estate agents suggest we grind coffee beans, put on a pot of Bolognese sauce, or toast some bread prior to an open house.

In our cities, so much unselfconscious connection with nature and our inner self has been overwhelmed or lost. Even if enriched liminality can only to be offered, or experienced, in an intermittent manner – with a little thought and effort, we can make these ventures well worth it, and often with minimal investment.